My publishing schedule for 2013 has changed around a few times lately. I try to announce the changes or at least make them on my web site. But some of my YA readers are still finding out that I have adult books coming out next year, and someone just asked me on Twitter about the summary of Playing Dirty that has appeared on Goodreads, even though I just posted it to my own web site yesterday. Way to go, Goodreads! That was fast!

So, in case you're interested, I thought I'd run down how my 2013 is shaping up. As always, all of my books are published by Simon & Schuster.

My first two adult romantic comedies will debut next year. Those of you who know me recognize that this is a dream come true for me, because I've been trying to sell a book in this genre ever since I sold my first YA novel in 2005. Both of these novels are part of the "Stargazer Series" because Stargazer Public Relations is the firm that the heroines work for. 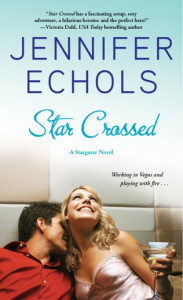 The first novel in a sizzling new series about a public relations firm, the stars they represent, and everything they’d rather keep private.

Wendy Mann loves her job rescuing celebrities from public relations scrapes. She grew up with nothing, and now she’s drawn to glitz, glamour, and a lighthearted lifestyle. She speaks her mind, so she’s just the tough cookie to tell stars the truth about how other people see them, even when they don’t want to hear it. But after six years at the top of her game, Wendy crosses the line. A star she was sent to save rebels against her and nearly gets her fired. To salvage her job, she must rehabilitate the career of a singing starlet with a penchant for posting inappropriate photos of herself and arguing online with her famous ex. Problem is, the ex is represented by Wendy’s arch nemesis from college, the hot and haughty Daniel Blackstone. And both stars are scheduled for a collision course on national television, broadcast live from Las Vegas.

Daniel’s uneasy when he hears Wendy Mann from his firm’s most hated competitor has been brought in to revive the career of his client’s ex-girlfriend. Daniel must win at any cost. And if he has to seduce Wendy to smooth the way to their partnership, he’s willing to sacrifice himself for the cause. But Daniel doesn’t count on the scorching heat between them—and when they get to Vegas, all bets are off.

A public relations expert tries to prevent the breakup of a raucous country band and corral their wild—and very sexy—lead singer in book 2 of the Stargazer Series.

As an expert in public relations crisis management—that is, babysitter to the stars—Sarah Seville just spent nine months in Rio trying to keep rock singer Nine Lives out of jail long enough to record his new album…and barely succeeded. Now she needs a triumphant success so she can keep the Manhattan-based job she loves. Trouble is, her new assignment is to travel to Alabama to prevent the breakup of the raucous country band The Cheatin’ Hearts, headed by sexy Quentin Cox. As she edges closer to Quentin, she discovers layers of secrets. It seems Quentin is taking the spin doctor for a spin.

The Cheatin’ Hearts have stayed on top of the charts two years following three rules. Rule One, no drugs. Rule Two, no sex with other band members. Rule Three, no sex with record company spies. Quentin figures he’d better follow the rules, because he made them. And because if you break a rule, you’re out of the band. But he can’t resist the record company’s beautiful PR agent, and inevitably he breaks Rule Three with hot Sarah Seville. As he falls for her, he finds out that she has plenty of secrets of her own, and one of them comes knocking on her door: what really happened to her in Rio.

"New Adult" is the age group between YA and adult; my characters are 21-year-old recent college grads. And this book is better known to folks who've been reading this blog for a while as The Novel I Love So Much That I Will Just Die If It Doesn't Sell, so thank goodness it sold. This one's going to be available as an e-book only. I'm sorry that those of you who only read print books will have to skip this one; it wasn't my choice, and if things change, I'll certainly keep you updated!

From the award-winning, wildly popular author of Such a Rush and Going Too Far comes a fun and sexy original eBook romantic comedy with a paranormal twist.

[Author's note: No, I did not call myself "wildly popular," but if my publisher wants to call me that, I am not going to argue with them. Pick your battles, I always say.]

Twenty-one-year-old showgirl Holly Starr is sick and tired of assisting her dad, a celebrity magician, in his Las Vegas casino magic show. As soon as he keeps his promise to her and shares the secrets to his tricks, she can break out on her own. But can she really make it? For years Holly has taken medication to stave off crazy hallucinations that she can levitate objects. Just when she thinks she’s ready to make a career and a life for herself, her medicine—and her luck—run out.

Elijah Brown suffers from a similar delusion—he thinks he can read minds—and he’s out of medicine too. Determined to save himself and his old flame Holly, he kidnaps her and takes her to a town high in the Rockies where their medicine is made. What they discover there leads them to suspect their powers are not imaginary after all...and neither is the intense attraction they feel for each other.

They make a pact to stick together as they return to Vegas to confront the people who kept them in the dark for so long. But soon they’re pitting their powers against each other in a dangerous world where the nightlife is seductive, domination is addictive, the sex is beyond belief...and falling in love can lead to murder.

And finally, what I'm best known for I guess, a book in the same vein as Such a Rush and so forth.

From the author of the “real page-turner” (Seventeen) Such a Rush comes an unforgettable new drama that follows friends-turned-lovers as they navigate the passions, heartbreaks, and intrigue of country music fame.

Bailey wasn’t always a wild child and the black sheep of her family. She used to play fiddle and tour the music circuit with her sister, Julie, who sang and played guitar. That ended when country music execs swooped in and signed Julie to a solo deal. Never mind that Julie and Bailey were a duet, or that Bailey was their songwriter. The music scouts wanted only Julie, and their parents were content to sit by and let her fulfill her dreams while Bailey’s were hushed away.

Bailey has tried to numb the pain and disappointment over what could have been. And as Julie’s debut album is set to hit the charts, her parents get fed up with Bailey’s antics and ship her off to granddad’s house in Nashville. Playing fiddle in washed-up tribute groups at the mall, Bailey meets Sam, a handsome and oh-so-persuasive guitarist with his own band. He knows Bailey’s fiddle playing is just the thing his band needs to break into the industry. But this life has broken Bailey’s heart once before. She isn’t sure she’s ready to let Sam take her there again…

AND WHAT ABOUT THE YOUNG ADULT ROMANTIC COMEDIES?

I do have more of these coming out, but not until 2014 and 2015. It's the "Superlatives Series" of three novels about seniors at a Florida high school who are selected for their class Who's Who categories, and how the labels change the way they view themselves and alter the course of their lives.

As for the rest of 2014 and 2015, I would ***love*** to write more of the Stargazer Series, more of the Levitating Las Vegas series, and more YA dramas until the cows come home...but, as I detailed in my last blog post, that depends entirely on sales of my 2013 books--in other words, how much you like them/buy them/recommend them to your friends. Fingers crossed!
Collapse