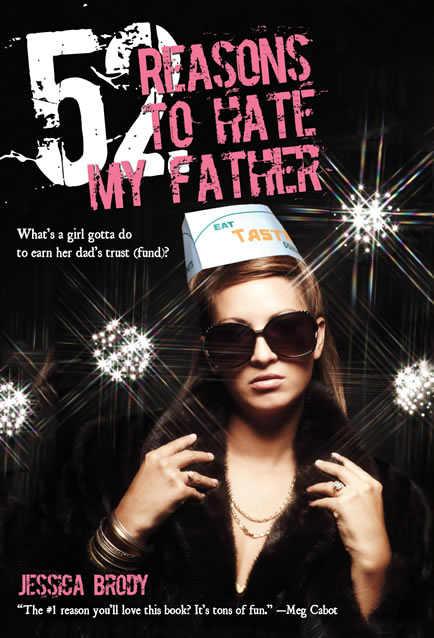 52 Reasons to Hate My Father

Being America’s favorite heiress is a dirty job, but someone’s gotta do it.

Lexington Larrabee has never to work a day in her life. After all, she’s the heiress to the multi-billion-dollar Larrabee Media empire. And heiresses are not supposed to work. But then again, they’re not supposed to crash brand new Mercedes convertibles into convenience stores on Sunset Blvd either.

Which is why, on Lexi’s eighteenth birthday, her ever-absent, tycoon father decides to take a more proactive approach to her wayward life. Every week for the next year, she will have to take on a different low-wage job if she ever wants to receive her beloved trust fund. But if there’s anything worse than working as a maid, a dishwasher, and a fast-food restaurant employee, it’s dealing with Luke, the arrogant, albeit moderately attractive, college intern her father has assigned to keep tabs on her.

In a hilarious "comedy of heiress" about family, forgiveness, good intentions, and best of all, second chances, Lexi learns that love can be unconditional, money can be immaterial, and, regardless of age, everyone needs a little saving. And although she might have 52 reasons to hate her father, she only needs one reason to love him.

Jessica: I guess I have to say my book trailer. I make all my trailers myself (I direct, produce and edit them) and I love doing them! They’re a lot of work but I think the end result is worth it. Plus I get to work with so many talented people who help bring it all together! 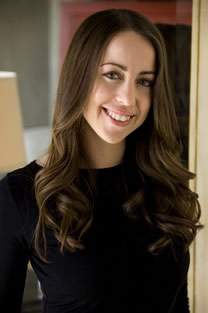 Jessica: 52 Reasons to Hate My Father is another standalone contemporary comedy…like my two previous novels, My Life Undecided and The Karma Club. I love writing the contemporary standalones but I recently decided to try something a bit different. In March, the first book in my new sci-fi trilogy for teens releases. It’s called Unremembered and I’m totally excited about it! It’s a whole new genre for me!

Jessica: Well I came up with the idea for the story when I was sitting in my car, waiting for my husband to meet me, and I was watching a meter maid write a parking ticket. I thought, “Wouldn’t it be fun to be a meter maid? But only for like a week. Just to see what it was like.” Then I start to brainstorm all these other jobs I’d like to do for one week. And I decided, “Well, I’m too busy writing novels to actually do all these jobs, so I guess I’ll just have to write a book about someone else who does them.” And then I tried to think of the funniest character to put in that kind of situation and the answer was instant: a spoiled heiress who has never had to work a day in her life. And alas, Lexington Larrabee was born. But really the joke’s on me, because in researching the story, I actually did take on some of the jobs that are in the book! My favorite was working the drive-thru at a fast food restaurant. Those head-sets you have to wear are like something out of Star Trek!

Jessica: Right now I’m reading this awesome historical fiction novel called The Chaperone by Laura Moriarty. It’s about the woman who was hired to chaperone Louise Brooks (the most famous silent movie star of her generation) on her first trip to NY. It’s so fascinating and brilliantly written. I have a soft spot for historical fiction!

Jessica: Well, I mentioned my YA trilogy that’s coming up. It’s a sci-fi/thriller called UNREMEMBERED. The first book is about a sixteen-year-old girl who wakes up among the wreckage of a devastating plane crash. She’s the only survivor but she has no memories and identity. The only clue to her past is a mysterious boy who claims they were in love and that she was part of a top secret science experiment. It’s kind of like a Bourne Identity for teens. It releases in March 2013!